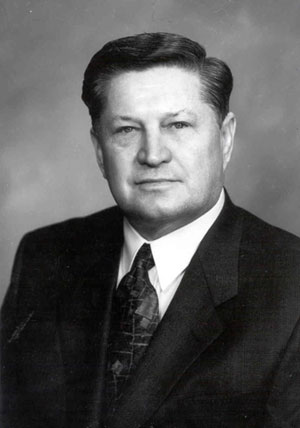 WILLIAM J. LEDOUX served as Chair of the Massachusetts Clients’ Security Board for seven years of his term from 1987 to 1997.  In 1997, the Board established the William J. LeDoux award to honor his Board service. The award is presented only when pro bono counsel demonstrates extraordinary skill and effort in representing a claimant before the Board. Before his death in April 1999 at age 67, Mr. LeDoux attended the presentation of the first award in his name to Peter H. Sutton of Boston’s Riemer & Braunstein.

Born in Brooklyn, New York in 1931, Mr. LeDoux graduated from Boston University and its School of Law, where he was editor of its law review.  For 21 years he was a partner at Worcester’s Bowditch & Dewey before opening his own firm, Christopher & LeDoux.  In 1966, he became a solo practitioner in Worcester.  Not only a fellow and life member of the Massachusetts and Worcester County Bar Foundations, Mr. LeDoux also served on the Fee Arbitration Committee of the Worcester County Bar Association and was a Director of the Providence & Worcester Railroad.

While a paratrooper during the Korean War, Mr. LeDoux received a battlefield commission as a second lieutenant.  Post-war, he commanded the 1st Battalion 181st Infantry of the Massachusetts Army National Guard from which he retired as a lieutenant colonel in 1975.  He was a charter member of the 187th Airborne Regimental Combat Team Association and was active with the Korean War Memorial of Central Massachusetts Association.

Mr. LeDoux and his wife, the former Elma L. Giancaterino, had three sons and a daughter.